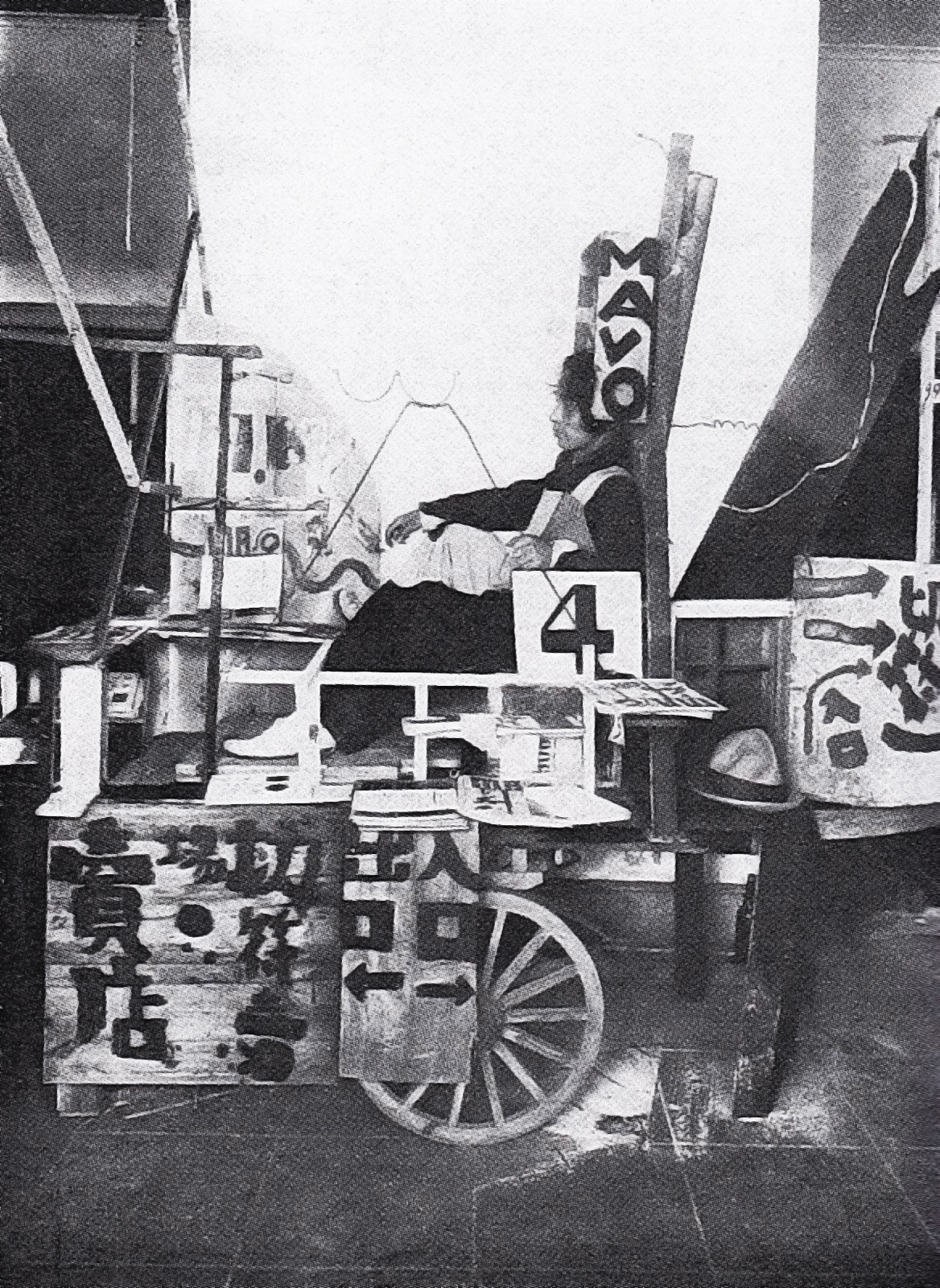 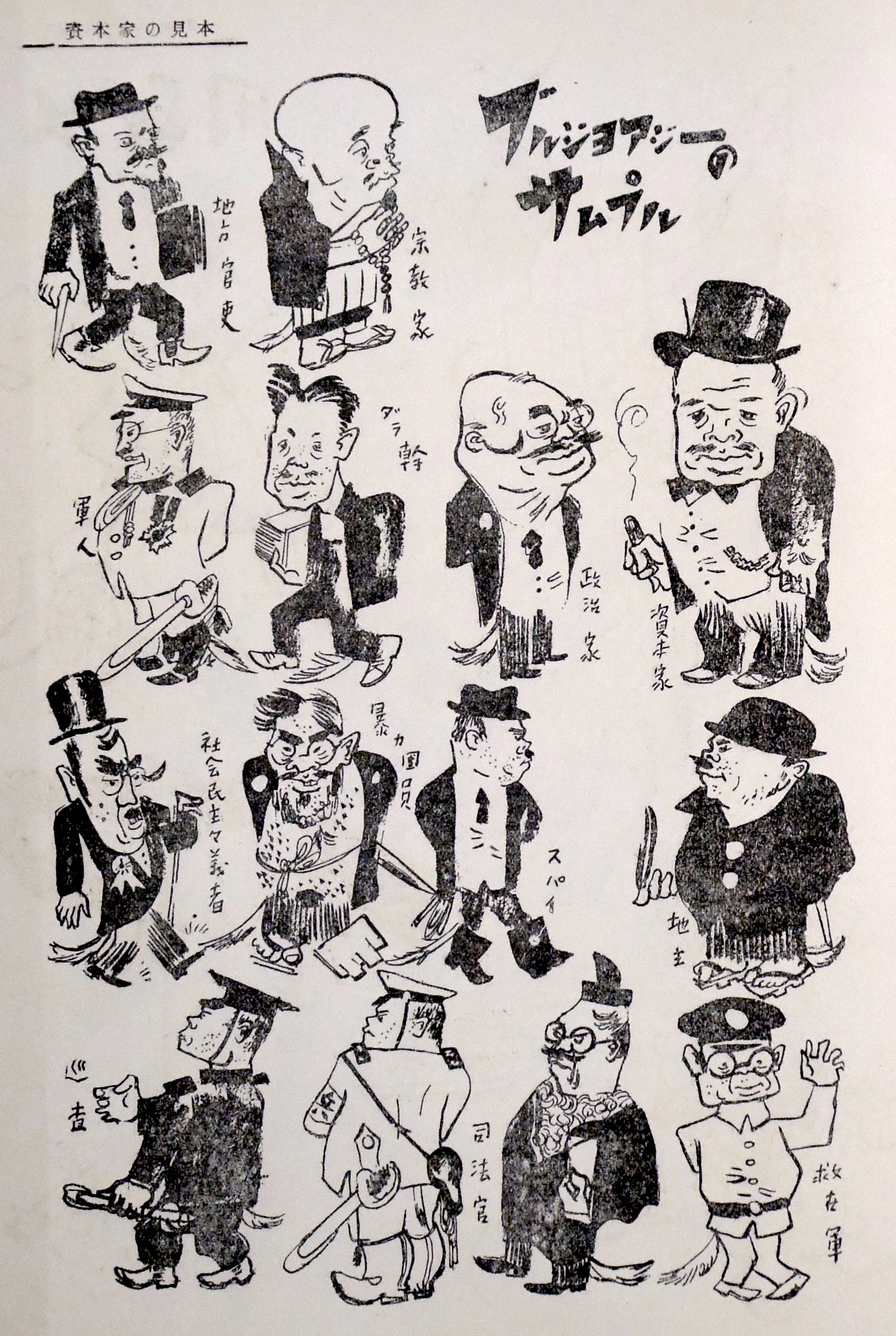 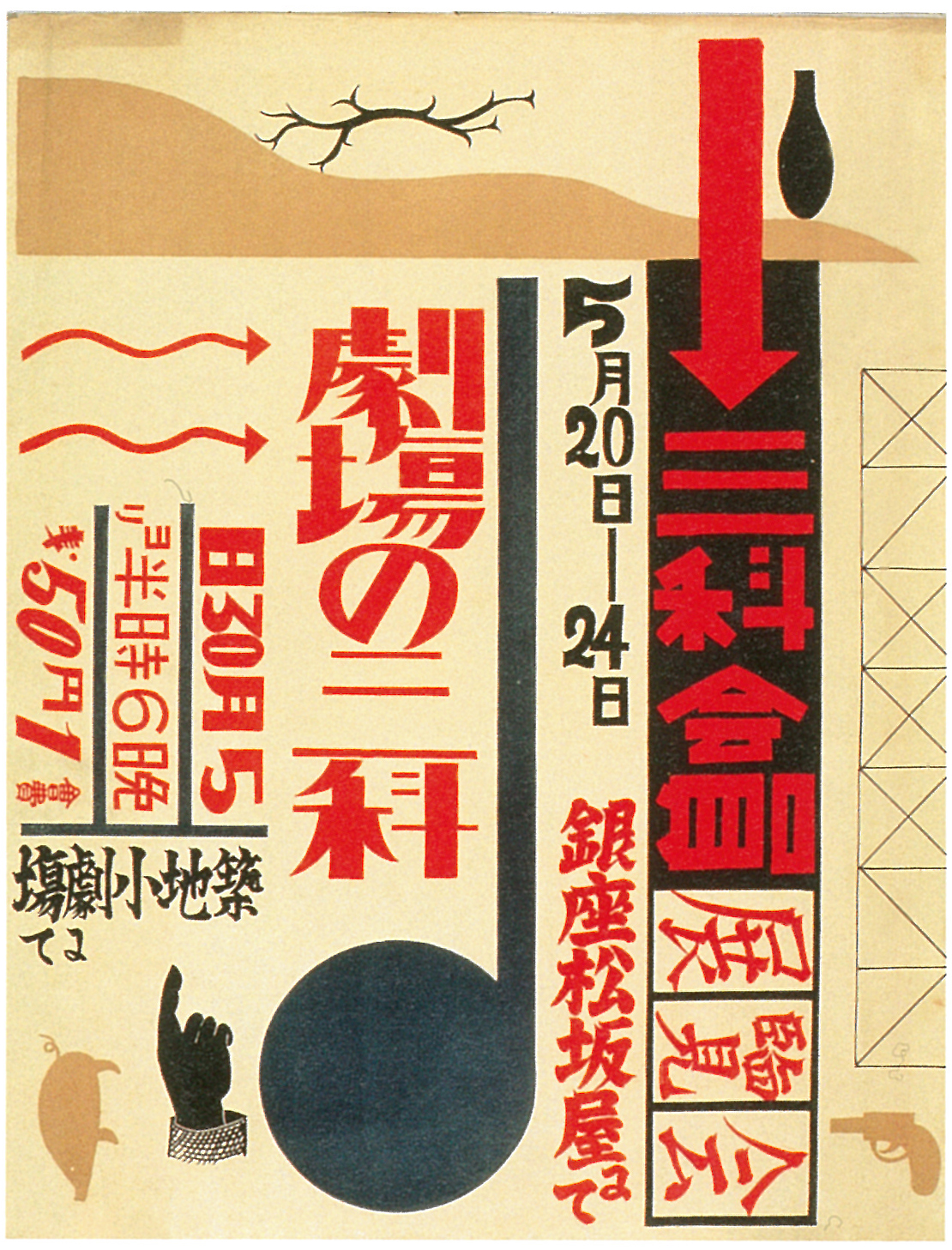 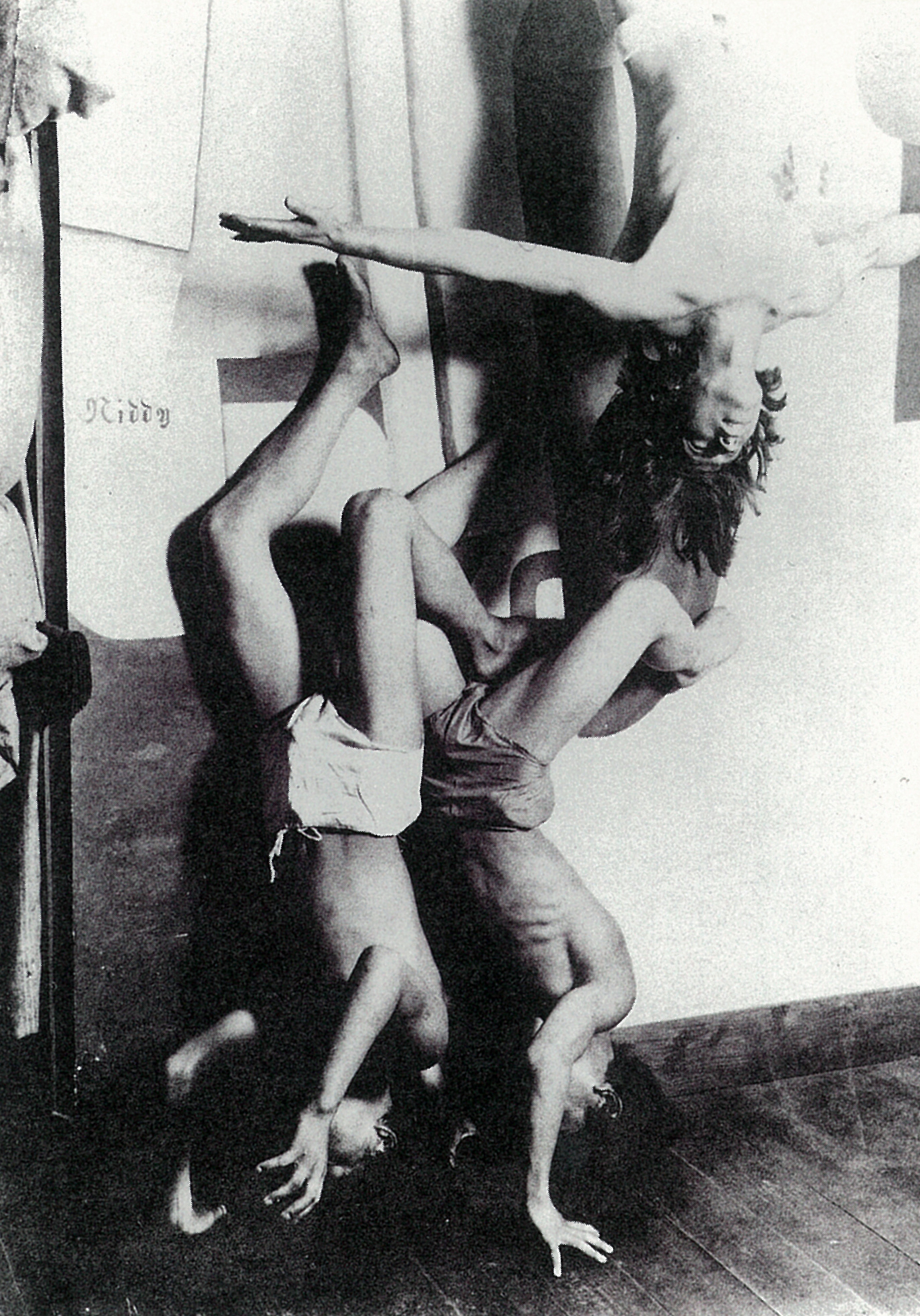 1
Asakusa is delighted to announce the archival exhibition “1923”, tracing the footsteps of early Japanese avant-garde artists active during the 1920s in East Tokyo. During the apocalyptic aftermath of a devastating earthquake, a few visionary pioneers initiated interdisciplinary exploration beyond conventional art practices. Informed by Constructivism and Dada, they incorporated new media and techniques such as photo collage, junk assemblage and Happening-like performance, and collectively expanded the scope of their practice through poetry, theatrical dance, architecture and city planning. The period also marked the first point of reference in Japanese art history where the role of avant-garde was played in the struggle for political reform. Gathered from scarce materials in the digital archive, publications and a slide show of images, the exhibition seeks to reconstruct the trajectories of their activities and to illustrate how their impetus to the demystification of art was channelled through collective actions.

In 1923, the Great Kanto Earthquake shook the landscape of Tokyo and shattered its material culture. The same year, artist Tomoyoshi Murayama, a leading presence in the Taisho New Art movement, returned from Berlin and founded art collective Mavo (1923-25) who supported the challenge by Dada and the Merz to integrate culture, politics and everyday life. After their first exhibition at Sensoji Shrine in Asakusa (1923), Mavo embarked on a direct and straight intervention to the street through “the Barrack Decoration”—a series of actions repainting the facade of temporary housing and remaining buildings after the quakes. At the architectural exhibition “Plans for the Reconstruction of the Imperial Capital” (Takenodai Display Hall, Ueno, 1924), they presented a city model—a bare assemblage of found debris—responding to Dada’s decadent aesthetics after WWI. The MAVO journal was launched to illustrate these far-reaching activities, and included poetic configurations by Kyojiro Ogihara, models for stage design by Murayama and Masamu Yanase, and the linoleum prints by Tatsuo Okada, notably influenced by Futurism.

Following a set of protest events against art institutions and conservative academia, the confluence of a number of discrete avant-garde collectives established Sanka Art Association (1924 - 26). “Sanka 2nd exhibition” (Tokyo Community Hall, Ueno, 1925) became the largest exhibition of its kind, showcasing 122 artworks including Ticket Vendor (1925), a gigantic vehicle-like assemblage by Mavo & NKK; R. G…(1925) by Shuichiro Kinoshita, a Suprematist
composition with living humans in motion; and the anarchistic Okada’s installation with elements of self-portrayal performance. Toki Okamoto heavily reflected the nascent, underground thought of the time, in the installation Lumpen Proletariat (1925) and brought together found objects and a rope ladder which suggested the subversion of social hierarchy and overthrowing authority. Leftist thoughts were prevalent across various art forms and influenced by Soviet propaganda posters and satirical comics by George Grosz amongst others—, and prompted an ethical turn in the critical discourse, which paved way to the Proletarian Art movement.

In 1925, Sanka Art Association enacted Theatre of Sanka (1925) at the Tsukiji Little Theatre. The show took a form of a nonlinear collection of skits, played mostly impromptu, and contained the Neuetanz, nonstop screaming of the scripts, Constructivist stage design and “all the elements that lead to the underground, the absurd, and Happenings in later years” (Murayama recalls). Screened in this presentation, is video footage of the 1997 enactment, Theatre of Sanka: 1925-1997 (1997), performed by the students at the School of Art and Design, from the University of Tsukuba. A significant part of the scripts have no referential record, and after dedicated research was re-imagined by the performers reflecting the mood of the 1990s. This exercise was supervised by leading scholars of the Taisho New Art movement; Toshiharu Omuka, Tsutomu Mizusawa and Tatsuo Kawaguchi.

At a time when the past and the future were brutally disconnected, there emerged a wider sympathy for alternative political realities. Sanka grouped together against such backdrops, and became estranged in the course of a year due to radicalisation of some Marxist members. The history of these young avant-gardes have long been forgotten and subsequently rewritten by Neo-dada and Fluxus movements of the 1960s. The exhibition proposes amongst other questions: What created their temporal collectivism despite their varying ideologies and artistic beliefs? How is it possible to uncover and reassess history that has slipped into the obscurity? And what viewpoint would their activities project to us today in the continued reflection of the Fukushima catastrophe?

“1923” is curated by Asakusa with support by Professor Toshiharu Omuka, the University of Tsukuba.