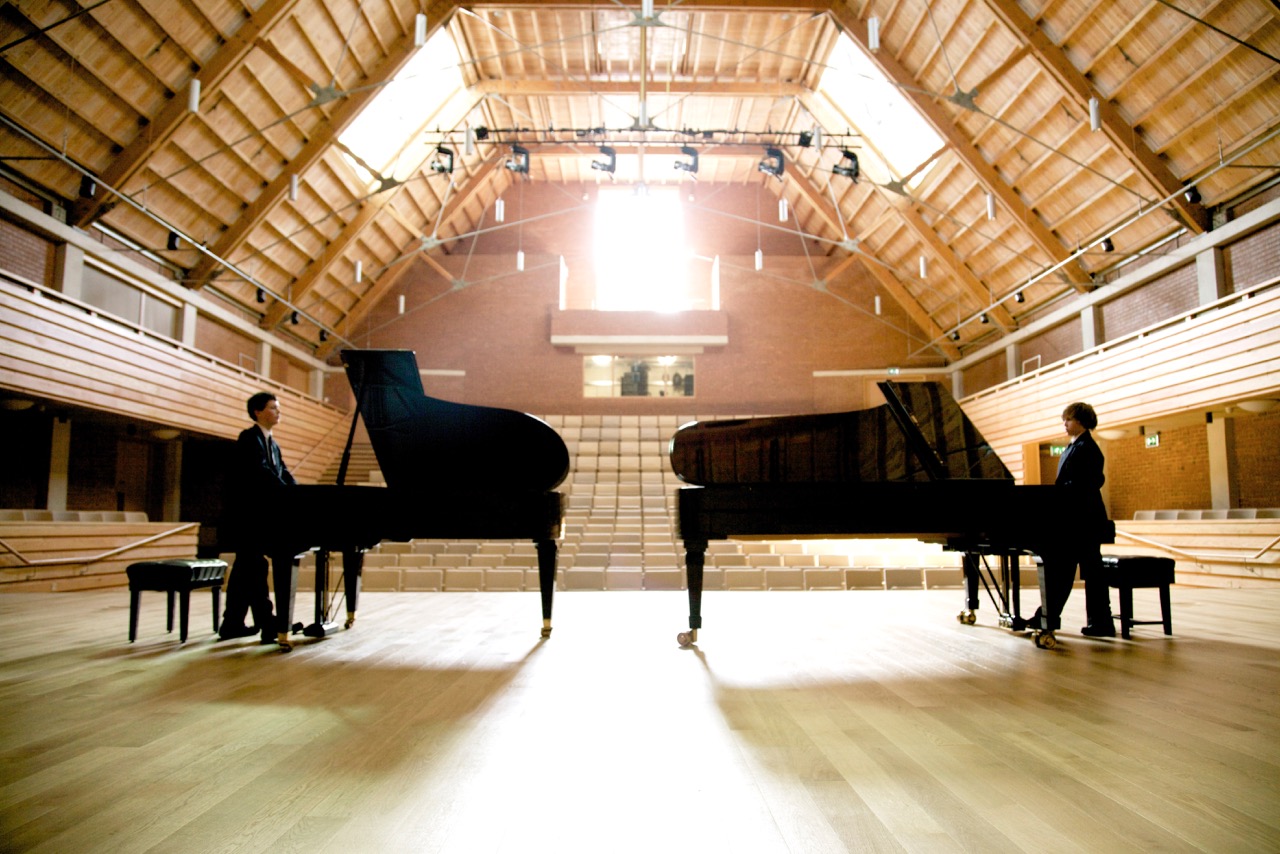 Asakusa is delighted to announce a solo exhibition by British artist Oliver Beer. Trained both as a composer and a visual artist, Beer explores the medium specificity of sound in relation to vision, and the perceptions of space that permeate our acoustic experience. Throughout his extensive output, from sculptural object to animation and performance, his work confronts the correlation of material, echoes, resonances, acoustic particularities and responses to human presence. The exhibition “Deconstructing Sound” presents the artist’s first presentation dedicated to a specific field of his work: the video, and illustrates how the artist prospects the deconstruction of sound in this composite art form.

Introducing breath and voice as an elementary source of sound, Mum’s Continuous Note (2012) is a modest presentation of the artist’s mother accompanied by a miniature ukulele. Singing a long, single note without interruption for breath, she celebrates the beauty of sound and harmony, and explains in subtitles the method of circular breathing used to play wind instruments. While observing the profundity of the human voice and the emotive power it can deliver—how a single melody arouses feelings in the ancient Greek eulogy or Gregorian chant for instance—it also reveals sound’s deceptive and illusionary qualities.

Composition for Two Pianos and an Empty Concert Hall (2012) portrays a musical composition specially written for the architecture of the Pamoja Hall, a recently built concert hall in Kent, UK. Scored for two young trebles who use their voices to provoke the sympathetic vibrations of the strings of two pianos, the video illustrates the basic effect of music as a physical event. When the sustain pedal is held down on a piano and a note is sung in proximity to the strings, only the string that corresponds with that same note will resound in sympathy with the voice. The singers are thus able to play the pianos with their voices, without ever touching the keys. The work witnesses how sound waves travels through the air, embodying the shock of particles and the vibrations on the raw materials of the open grand pianos. A female observer in the background of the auditorium watches the two boys, as their voices build a consonant harmonic progression, creating tonalities through acoustic laws. While the camera caresses the surfaces of the walls, textiles, musical instruments, and human skin, it obliges a complex confrontation with physical, visual reality and maintains a focused, enduring attention on acoustic phenomena.
The 12-minute video Out of Shot (2013) deconstructs the way sounds are recomposed in the post-production phase of filmmaking. Characterised by subtle performative set pieces and nods at cinematic clichés, the video scrutinizes the significance of sound in the narrative development of a story. In fact, no sound was recorded on the set of the film: the entire sound track is a composition created and assembled in the studio after the shoot. These imagined sounds reversely conjure imagery of the American Western and its fetishized cowboy life. As the film continues, it soon reveals the hero to be a Korean actor - a playful deception and critique of identity construction in film. The objective reality is represented using Hollywood aesthetic codes: the thread of the film’s events is suggested off-screen, by sounds originating from actions occurring out of shot. Questioning the meaning of audio-visual integration, the artist manipulates sound effects on and off the screen, in and out of shot—hovering across the border of reality and illusion, absence and presence. The artist says of the work: “Likening cinematic sound to the structures and intellectual complexity of classical composition, the film demonstrates the depth and intricacy that can be coded into a sound track. It also begins to deconstruct what theorist and composer Michel Chion refers to as "audiovision"—that sixth sense that we inescapably experience with the fusion of sound and image in cinéma.”

The three videos analyze the human sensitivity of sound through breathing, the physical dimensions of sound which vibrates within an instrument and architecture, and how fabricated sounds can construct a narrative in cinema. As audio-visual technologies continue to advance and alter the perception of space and vision, Beer’s interventions lead the viewer to search for what is specific to sound. Questions are raised in resonance: to what extent does auditory perception distort the perception of vision? At what moments do you intend to close your eyes, and how does that action relate to the surrounding space, vision, the perception of time and your emotions?