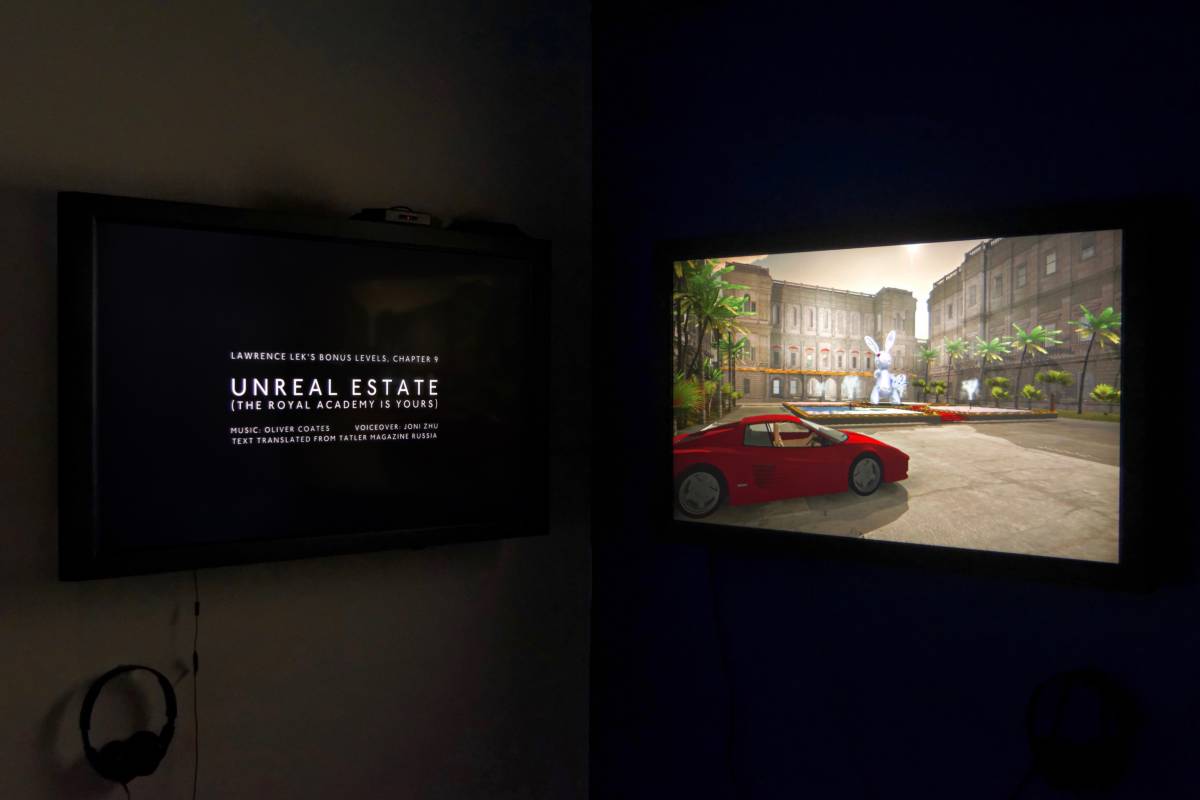 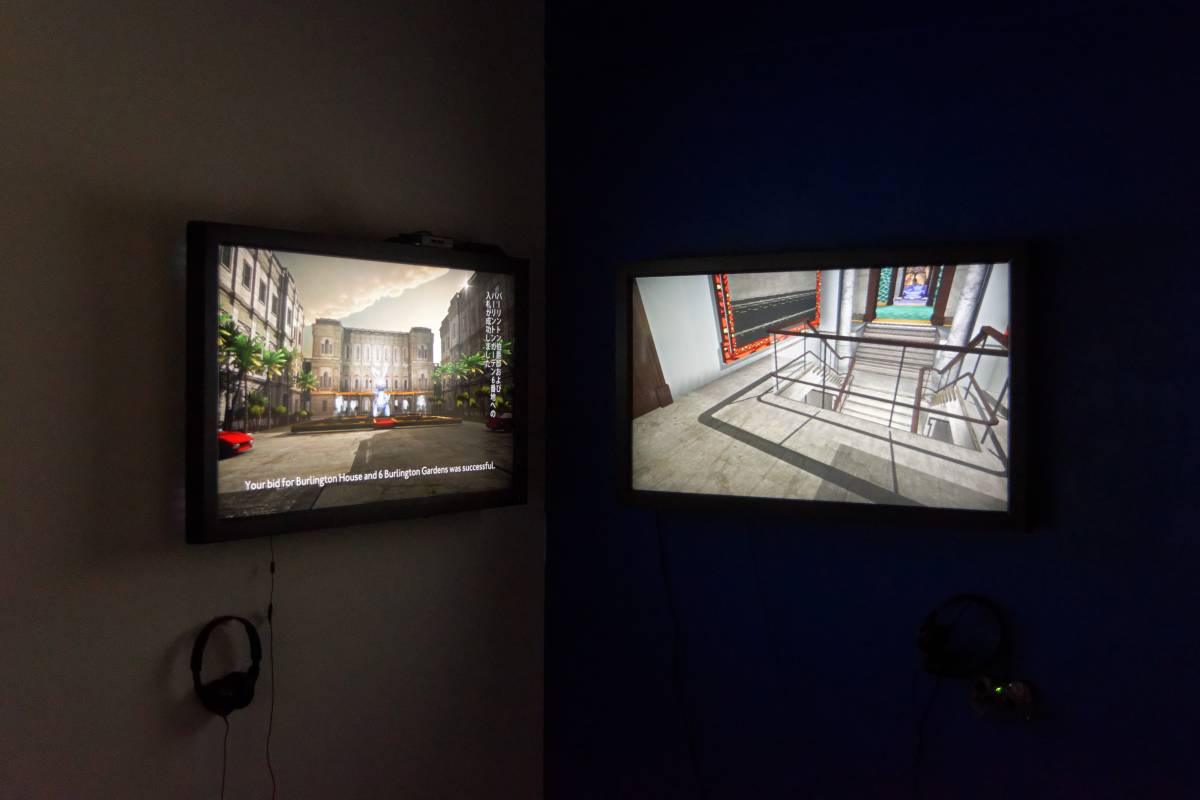 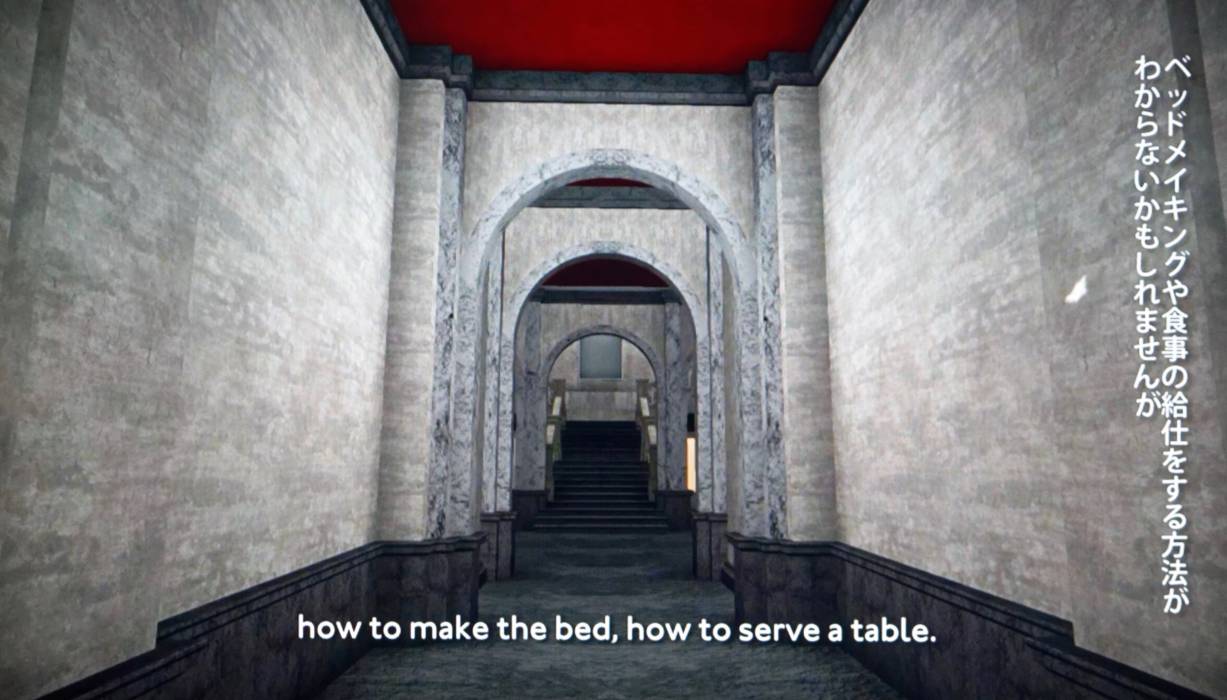 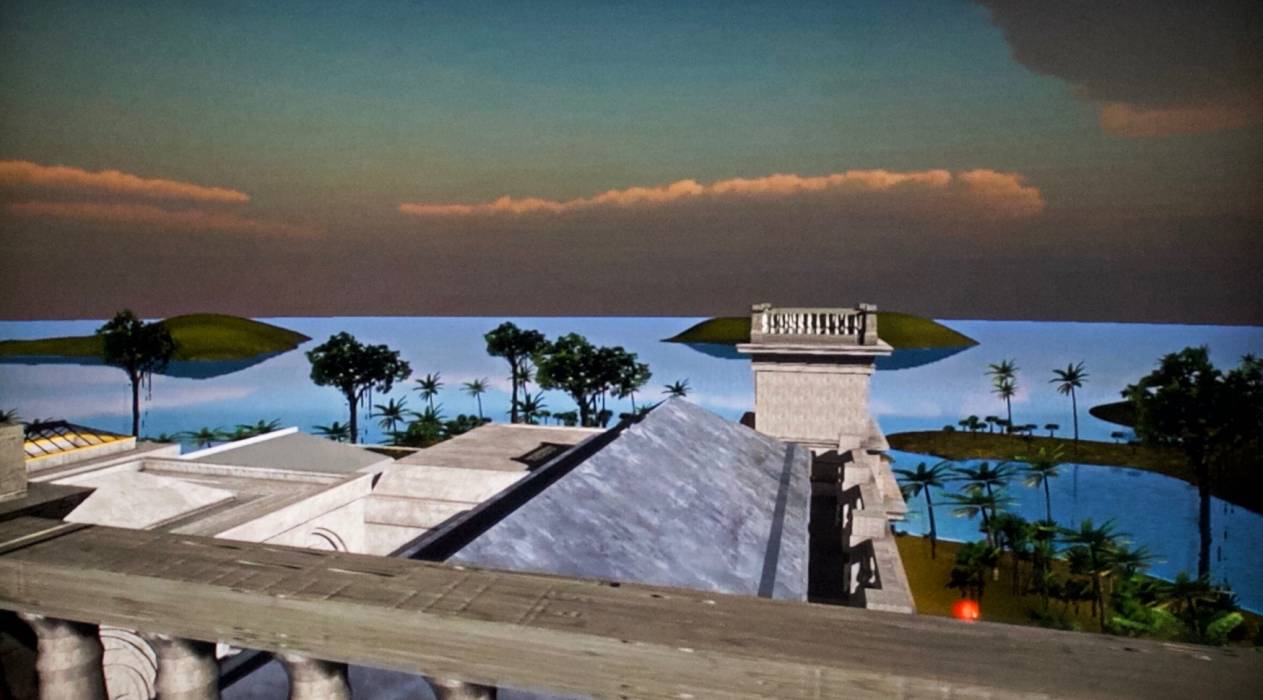 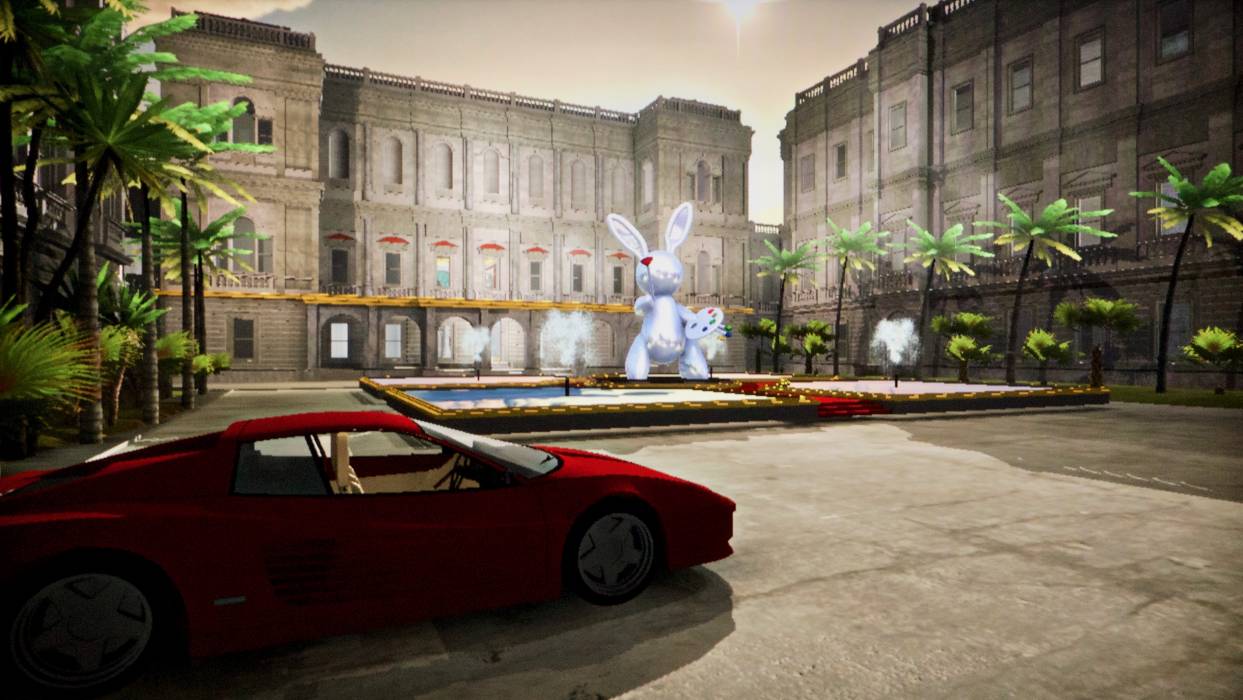 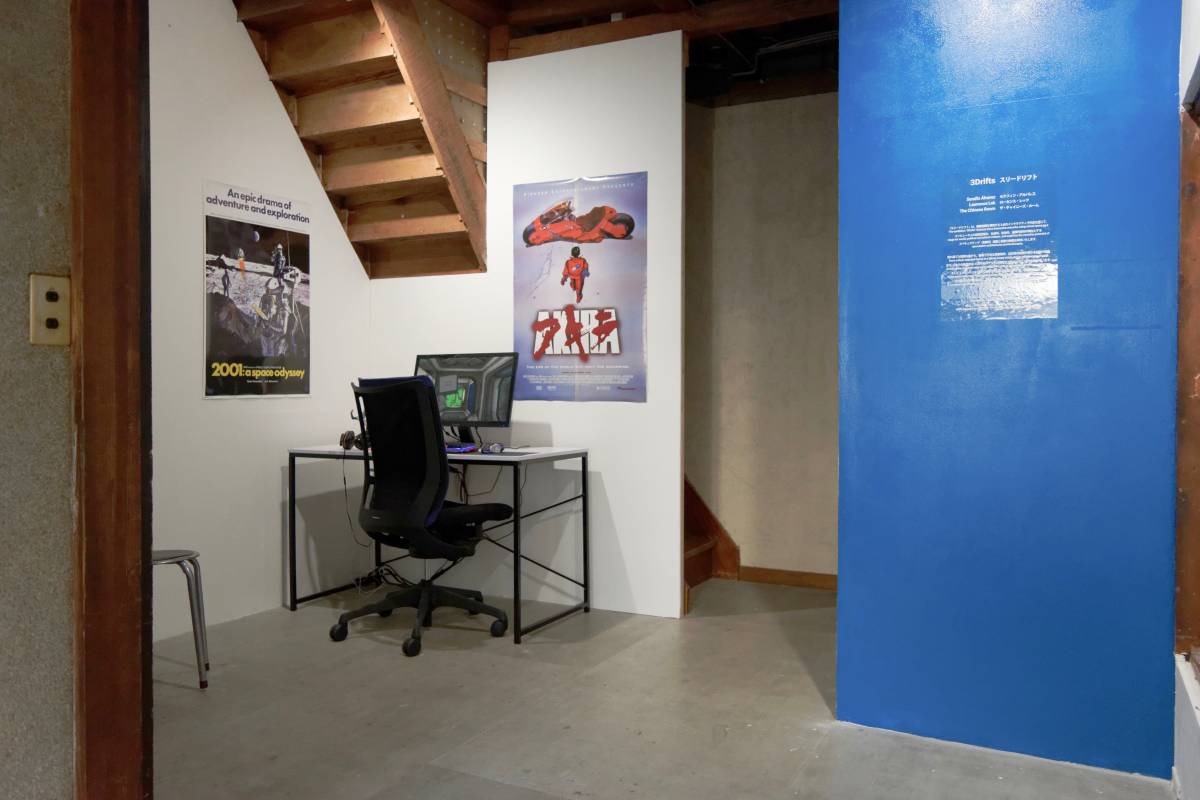 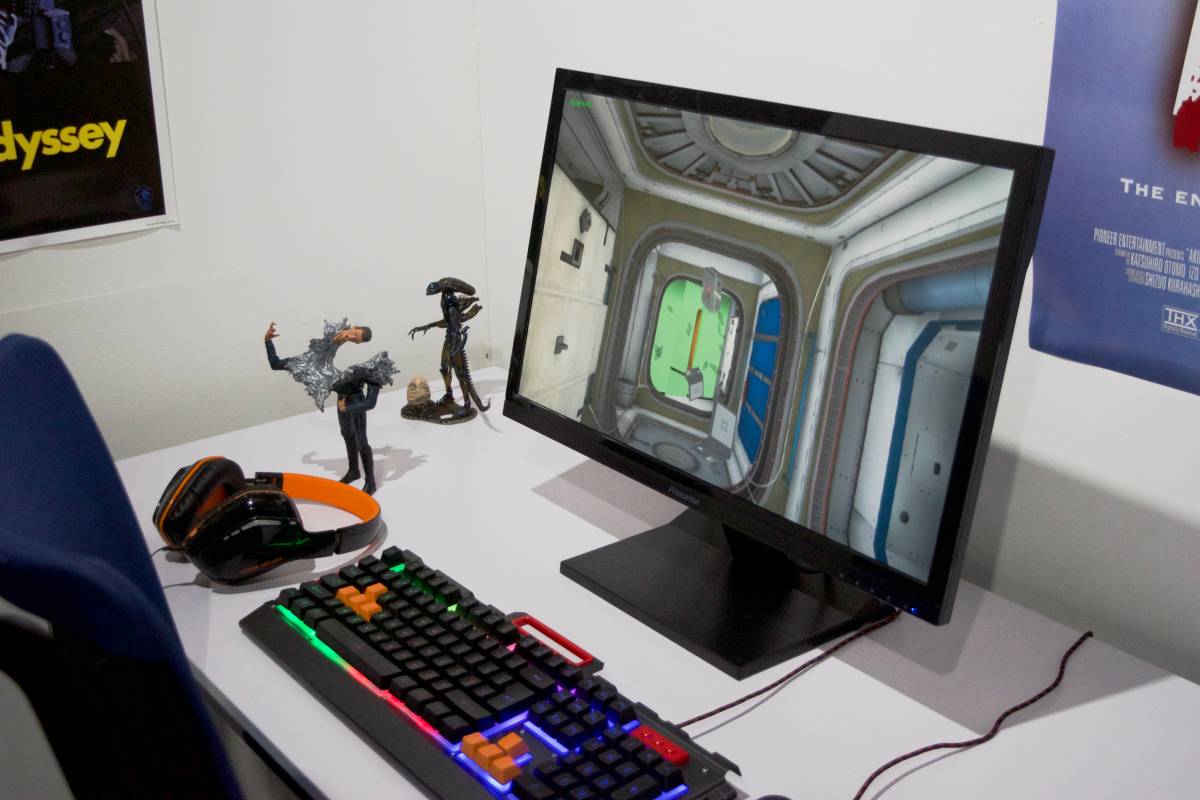 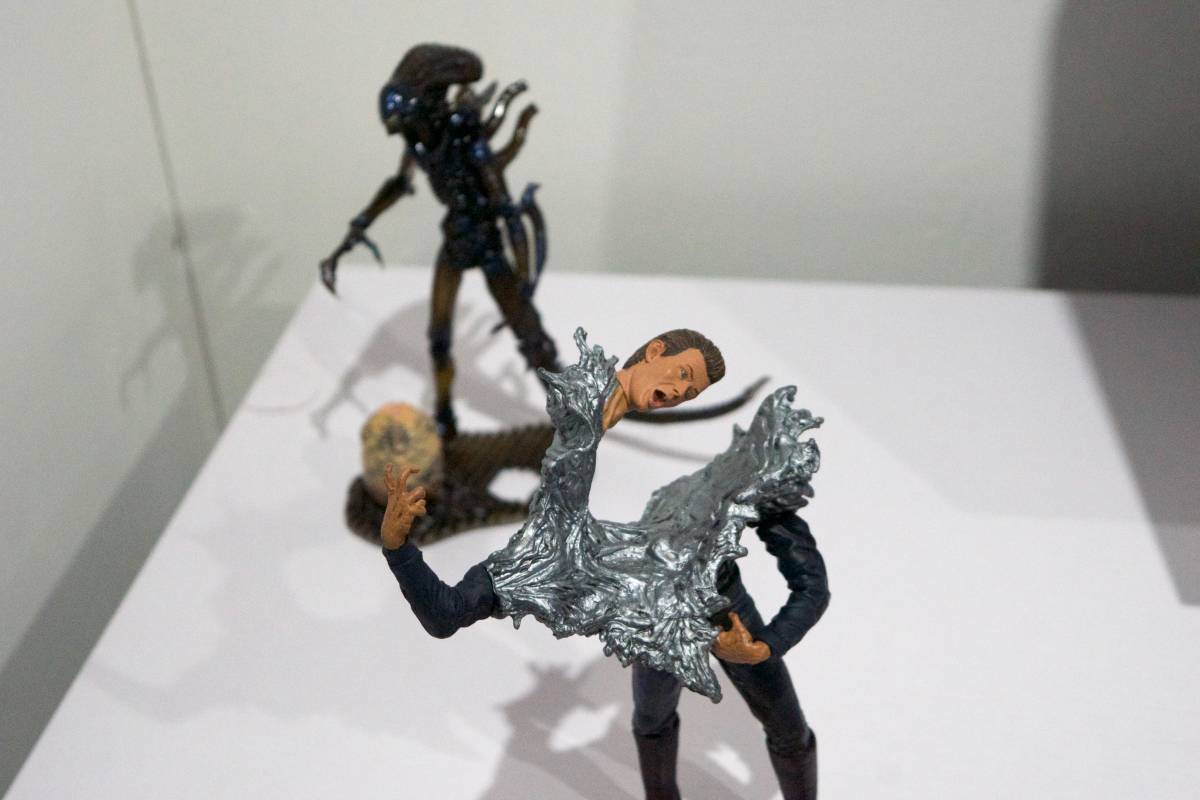 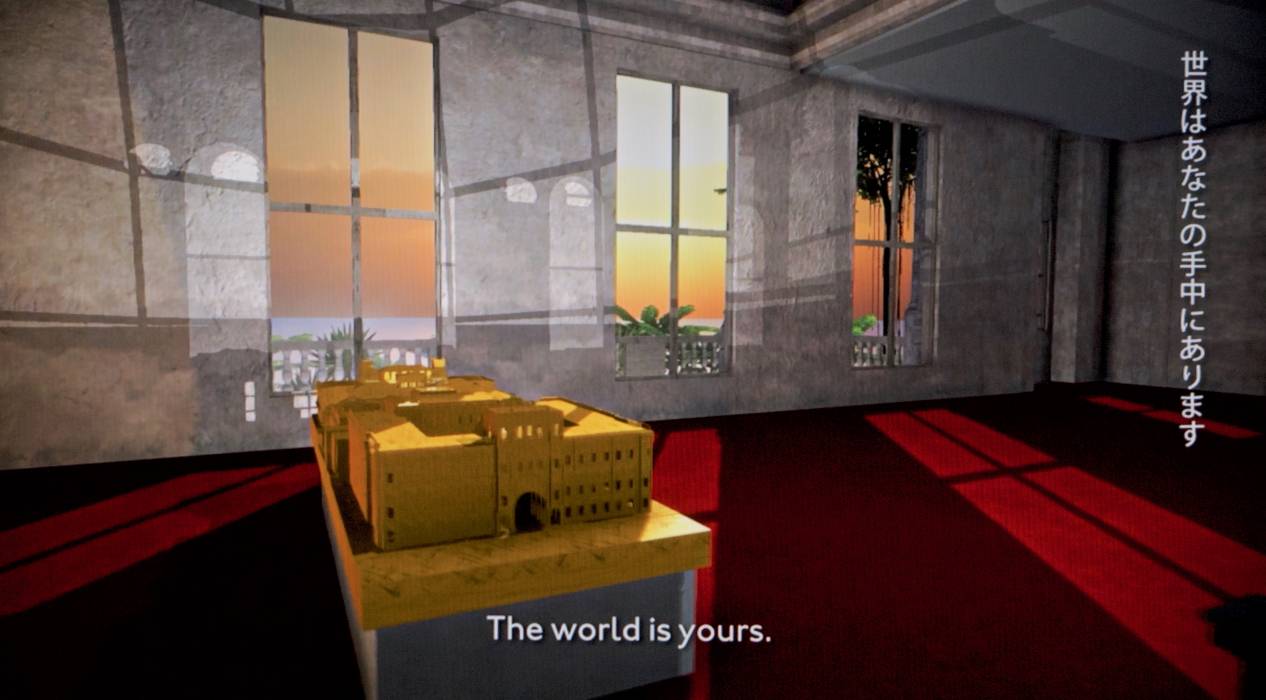 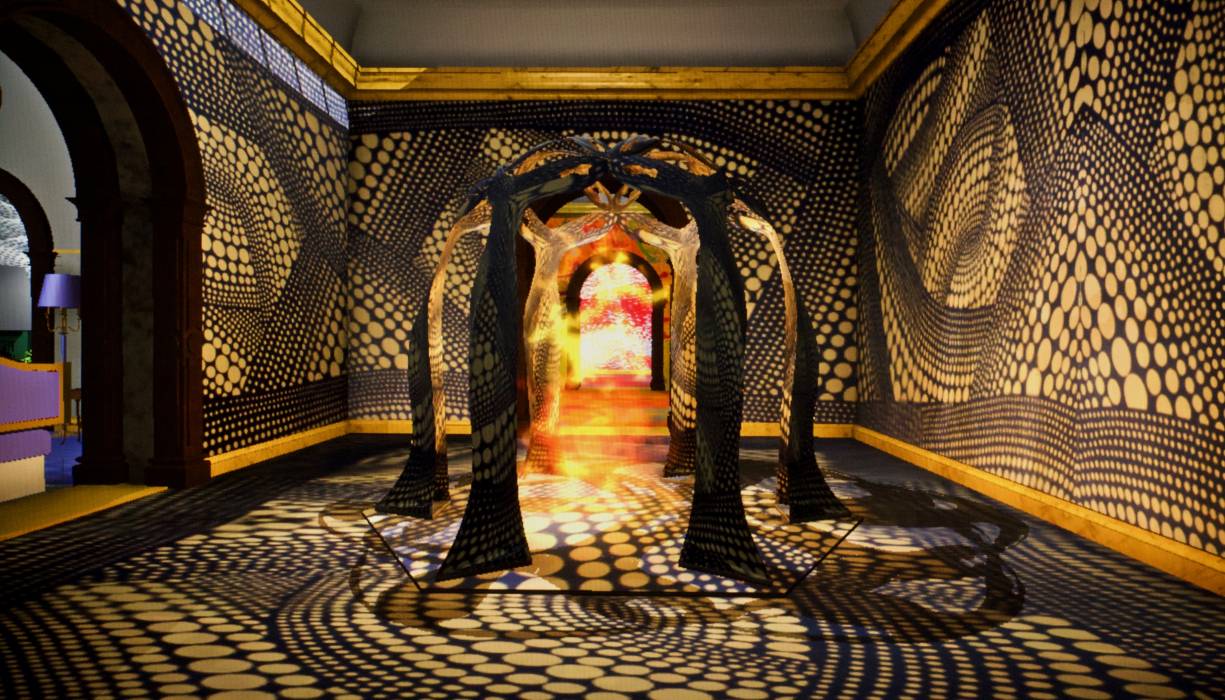 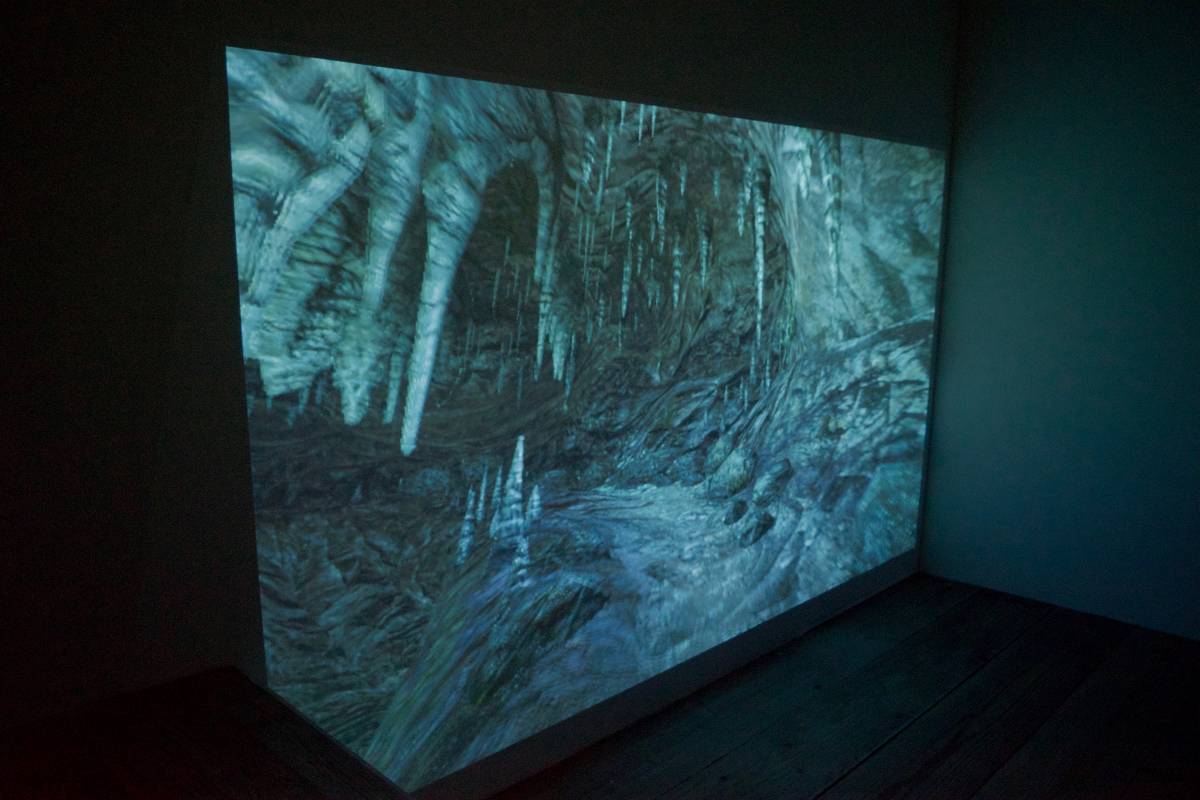 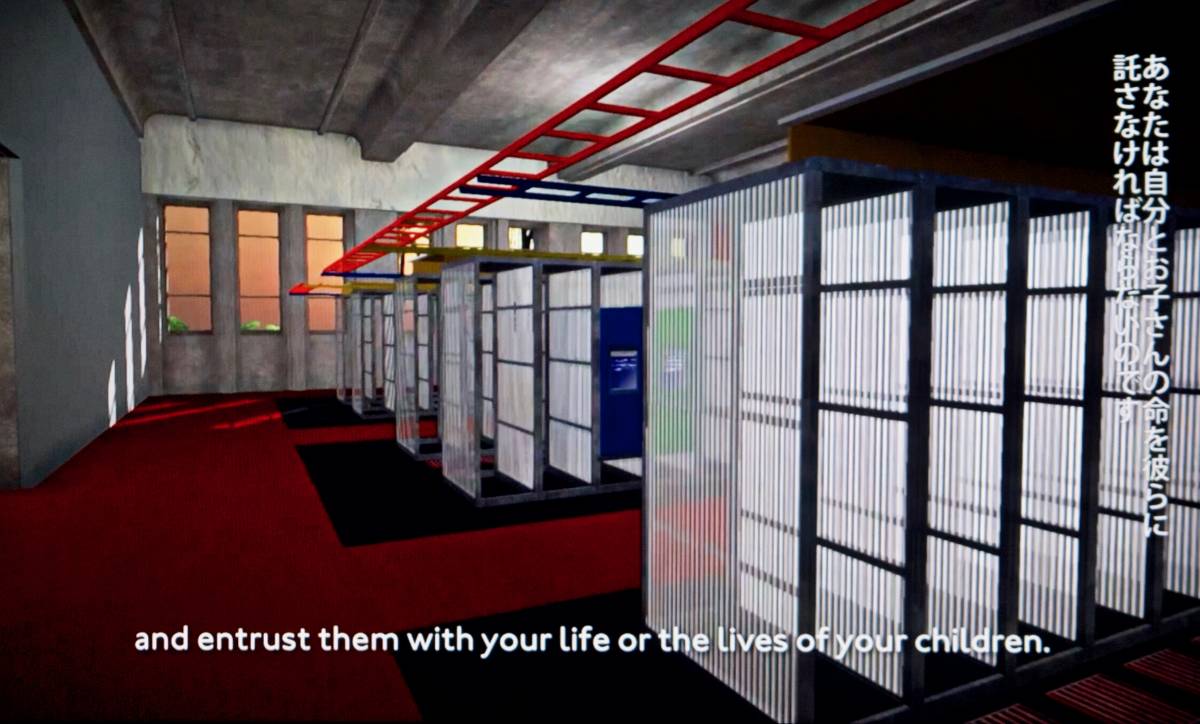 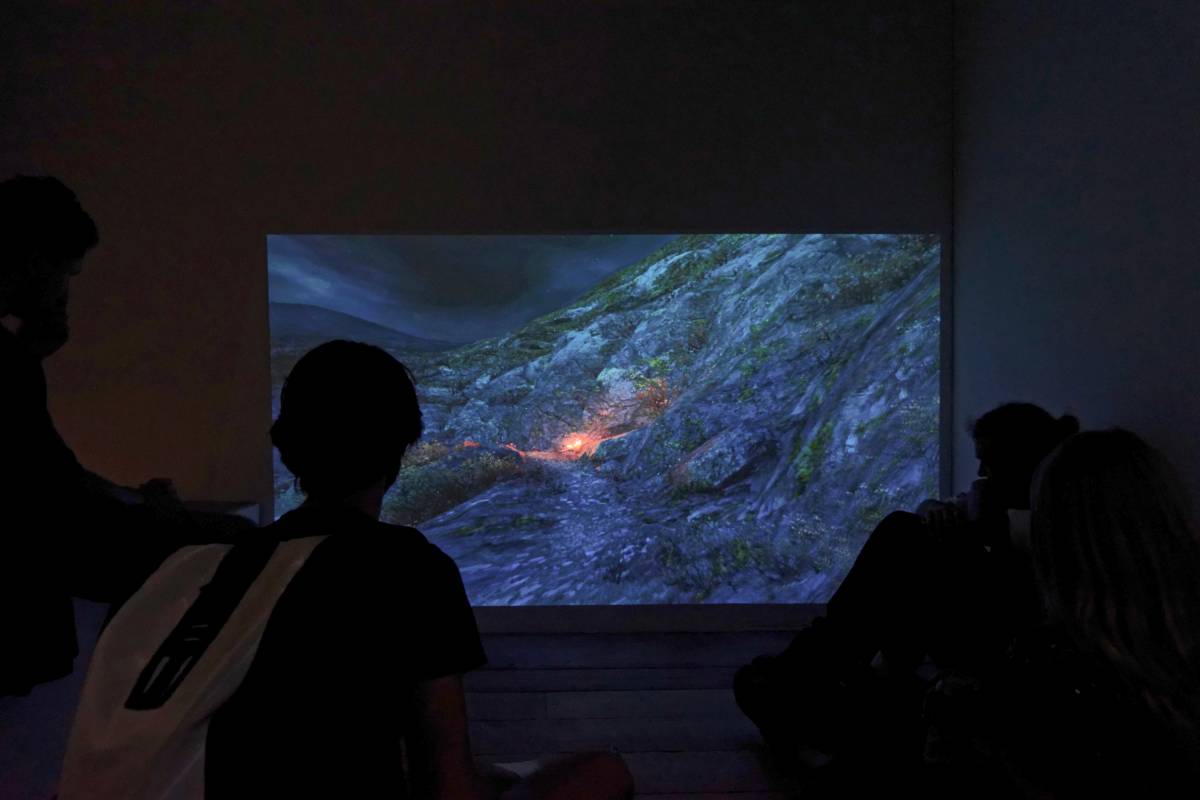 In his article Utopian Realism (2014), media theorist McKenzie Wark describes games as “the atopia of the ‘neo-liberal’ subject”. Wark argues that games are the critique of existing neo-liberalism in the sense that they are the too-real form of a less-than-real world. The critical work of games as utopia (or atopia) shows that the world is not as real as it claims to be. Not only games represent our own times in disguise, but they also have an influence on the present, creating a feedback loop between fiction and reality. The threat engendered by the collision between physical and virtual worlds is evoked by the blue surfaces in this exhibition, referencing the Blue Screen of Death—an error message displayed on Microsoft Windows computers when the operating system crashes.

Serafín Álvarez's research looks into the symbolic meaning of transitional spaces such as airports and hallways, and explores the trope of the journey into the unknown. Maze Walkthrough (2014) is an interactive virtual maze built by assembling 3D reproductions of science-fiction-films' corridors, drawn from the artist’s ongoing archive "Case Study: Sci-Fi Corridor" (2013-). These generally overlooked passing architectures are the backdrops for iconic climactic scenes in the films. The intertextual operation presented in this work does not only recall notable settings, but reworks the conventions of the ‘thriller corridor scene’ genre in a never ending parodic suspense.

Lawrence Lek’s Unreal Estate (The Royal Academy is Yours) (2015) uses video game software to imagine a future in which the Royal Academy of Arts in London—one the nation's most revered institution—has been sold to a Chinese billionaire as a luxury private mansion.
A first-person perspective tour through their new abode is accompanied by a voiceover—translated from the Russian edition of high-society Tatler magazine into Mandarin and subtitled in English. This multilingual narration comments on the complex relationship between ethnic identity, wealth, aspirational culture and the role that these play on property development in the UK.

The independent video game Dear Esther (2012) by The Chinese Room is a first-person game about love, loss, guilt and redemption, driven by narrative and immersion rather than traditional gaming mechanics. The player is to explore an unidentified island in the Hebrides: walking around triggers randomised narration fragments of a troubled man who reads a series of letters to his deceased wife. Integrating musical, literary and aesthetic experiences in the gaming space, this work recounts the narrator’s sorrow and acceptance process through a metaphorical journey into this psychological landscape.

By stripping video games’ mechanics to the acts of walking and seeing, these ‘walking simulators’ encourage a contemplative mindset over guided directness. Resonating with Situationist’s psychogeographic approach, the playable works featured in “3Drifts” invite endless wanderings in their fictitious environments. The exhibition seeks to unleash the imaginative potential of digital realms, at time when the hierarchy and difference between fiction and reality seem on the verge of breaking down.

How can virtual space be used to imagine future scenarios? What are the chances to solve real-world and theoretical conflicts in the digital arena? How might speculative architectures shape or inform narratives of the present? What impact do the specificities of this medium have on our spatial imagination?