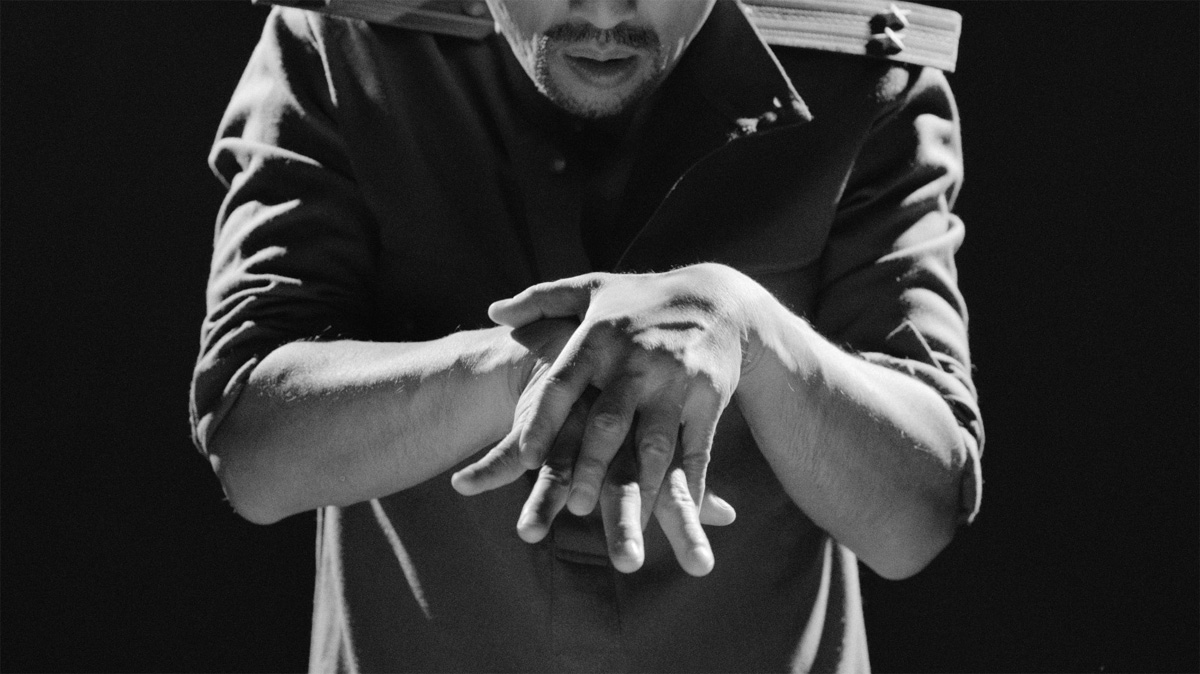 There will no opening reception.

ASAKUSA is delighted to announce the opening of Royce Ng's solo exhibition "THE DEATH OF MANCHURIA...IS THE PREREQUISITE FOR THE BIRTH OF POST-WAR ASIA" from 30 July, 2021. Taking Shiro Ishii of Unit 731—Japan's covert biological and chemical warfare unit during WWII—and the Kyoto school philosopher Keiji Nishitani as dual protagonists—the “philosopher with a scalpel’, State Alchemist I: Body without Organs (2021) is a newly-commissioned essay film co-written with artist and curator Nikolay Smirnov and co-directed with filmmaker Daniel James Demuth. It employs theory fiction, the language of horror cinema and apocalyptic sci-fi, referencing Deleuze-Guattari, Buddhist-grounded Kyoto School, and current pandemic anxieties. Alongside, Ng's lecture performance Kishi the Vampire (2016) will be shown for the first time in Japan. We welcome your visit with your mask on—a splash of disinfectant spray provided.

THE DEATH OF MANCHURIA...IS THE PREREQUISITE FOR THE BIRTH OF POST-WAR ASIA: There are in fact lots of layers of subterfuge and mystery related to Nobusuke Kishi even many years after his death. The title of this exhibition refers to the lecture conducted by historian Andrew Levidis at Columbia University on November 10th 2015.

Royce Ng(b.1983) is an artist currently based in Hong Kong working in digital media and performance who deals with the intersections of modern Asian history, trans-national trade, drugs, political economy and aesthetics. From 2013-2016 he was artist-in-residence at the Johann Jacobs Museum in Zurich with the anthropologist Daisy Bisenieks where they produced the exhibitions on the economic relationship between Africa and Asia ‘A Season in Shell’ (2014) and ‘Mutual Aid’ (2016). In 2015, working with Bisenieks in the collective Zheng Mahler, they were selected to represent Australia at the Pavillion Without Borders for PERFORMA biennale in New York City. In 2013, his solo exhibition ‘Somali Peace Band’ took place at Gertrude Contemporary in Melbourne, Australia curated by Alexie Glass. In 2012, he was selected to participate in the 9th Gwangju Biennale and the Busan Biennale’s in South Korea. His performance Kishi the Vampire had its European premiere at the Zurcher Theatre Spektakel in 2016 where he was nominated for the ZKB acknowledgement prize. In 2017, his performance ‘Ghost of Showa’ had its world premiere at the Theatre der Welt festival in Hamburg, Germany and its Asian premiere at the National Museum of Modern and Contemporary Art of South Korea (MMCA) in late 2017. He is currently engaged in a trilogy of performances entitled ‘The Opium Museum’ which look at the role of opium and the development of the modern Asian state, the second part of which ‘Queen Zomia’ debuted in Hong Kong in 2018, with the material forming the basis of an intervention in the opium collection at the Pitt-Rivers Museum in Oxford University. Two new large scale Zheng Mahler commissions were featured in the 2019 exhibition ‘Phantom Plane: Cyberpunk in the Year of the Future’ at Tai Kwun Contemporary in Hong Kong. In 2021, a retrospective of three Zheng Mahler works will feature in the Shanghai Biennale XIII. ------------

Supported by
Arts Council Tokyo, the Tokyo Metropolitan Foundation for History and Culture and 0-eA